Senior Marc Shaeffer became the third DCC senior to commit to a D1 program this fall, as he announced his intentions to continue wrestling at the next level for Old Dominion University.

Shaeffer was a state runner-up at 140 lbs last season.  He spent his first two years at Davison, where he qualified for the state tournament as a freshman and placed 4th as a sophomore.  Nationally, he won the 2017 USAW Cadet Folkstyle Nationals and was 8th at the Grappler fall Classic a year ago.  Projected at 157 lbs, Shaeffer is the #12 senior in Michigan.

His commitment could be the beginning of a pipeline for the Monarchs, who hired DCC alum Kevin Beazley over the summer as well as Michigan native Steve Bleise.  Something to watch for. 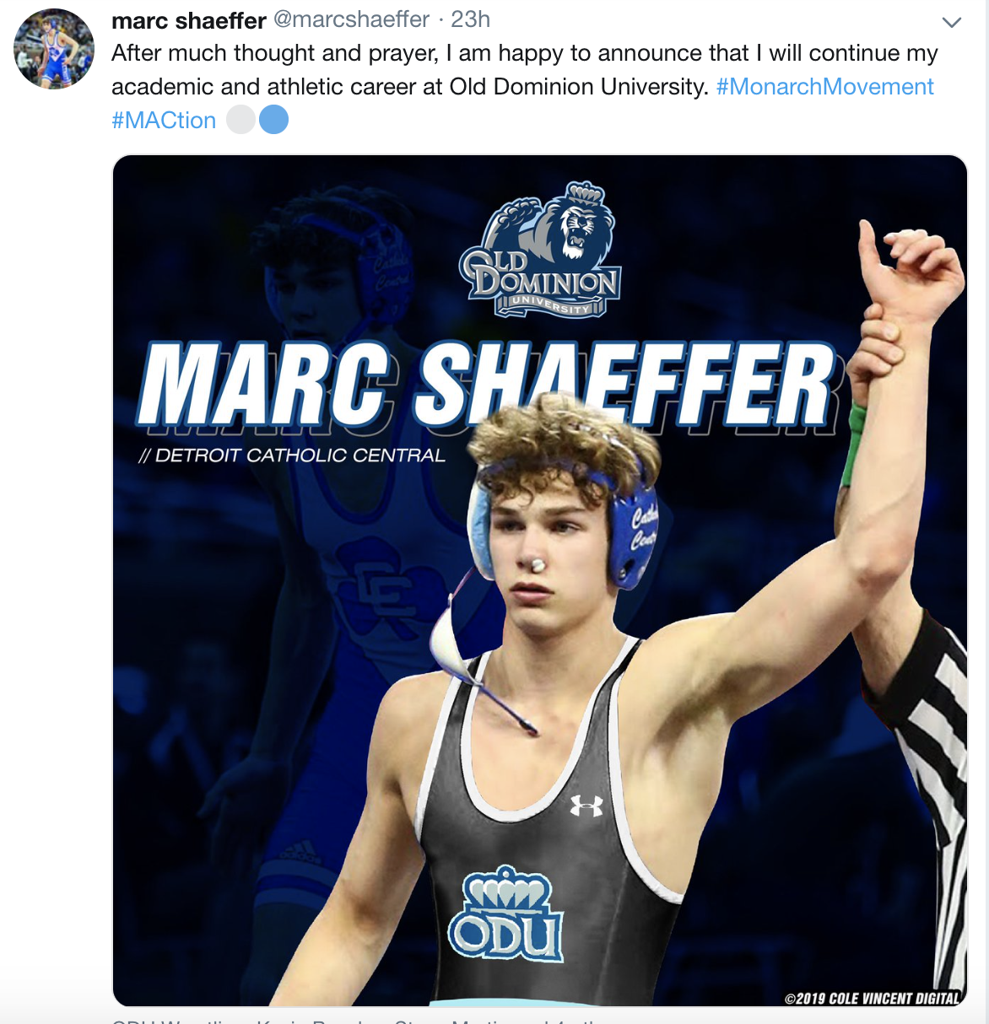