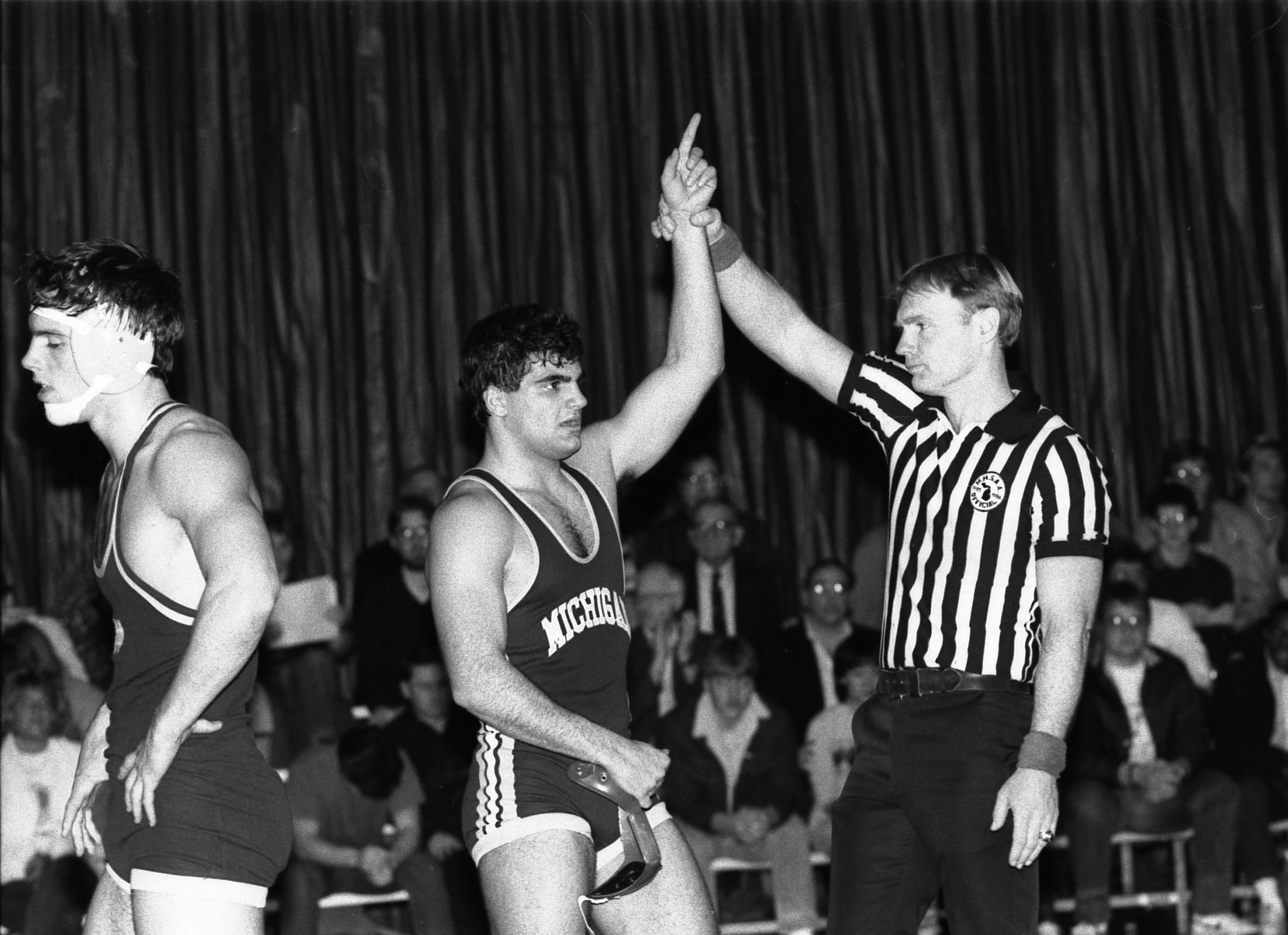 Pantaleo was a two-time state champion for Roseville, going unbeaten in his final two seasons.  He'd continue at University of Michigan where he put together an impressive career for the Wolverines.  In 1987, Pantaleo qualified for his first NCAA tournament by placing 3rd in the Big Tens.  In each of his final two seasons at Michigan, Pantaleo was an NCAA runner-up.  He was also a two-time Big Ten runner-up and put together a career mark of 134-32-1.

On the freestyle side, he won the Espoir (Junior/U20) Nationals in 1987 and would go on to win the Espior Worlds that summer as well.  In the finals, he defeated Nasir Gadschichanov of USSR, who later won a world silver medal in 1990.  He added a University National title in 1991 and was twice an Olympic alternate, in 1992 and 1996.   At the 1992 trials, he won a mini-tournament bracket that consisted of Randy Lewis, Nate Carr, and Terry Steiner, among others.

Pantaleo coached at the Division 1 level from 1990-1997 at Michigan, Iowa, and Michigan State, and then later at Liberty from 2009-2011.  He remains active in the sport as an official in our state, as well as at the collegiate level.

Not surprisingly he competed for Michigan in college, where he became a three-time NCAA All-American.  He was 8th as a sophomore, 2nd as a junior, and 4th as a senior.  In 2005, he won a Big Ten title for the Wolverines as a freshman.  His career record was 124-21, including an impressive 62-6 mark in duals.