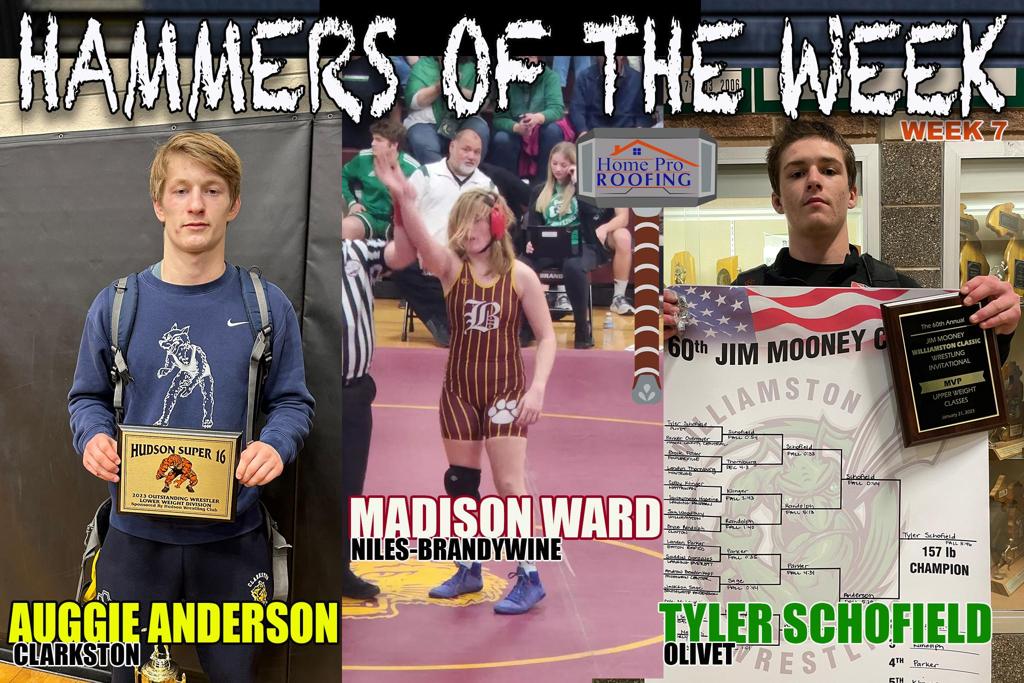 For the first time we have Co-Winners of the Hammer Of The Week as Auggie Anderson (Clarkston) and Tyler Schofield (Olivet) ended in a dead not tie at 32% of the votes each.

Schofield went 4-0 with 4 pins to win the Williamston Jim Mooney Classic and was named Upper Weight Outstanding Wrestler of the event.  He scored falls over off D3 #2 Xavier Anderson (Corunna) and D3 #6 Bryce Randolph (Clinton) on his way to the title.  Schofield is the #1 ranked 157lber in our D3 rankings.