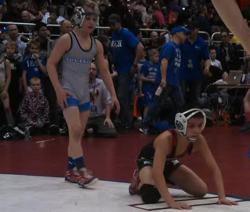 The latest Fab 50 Standings look strikingly similiar to the March standings as the Top 3 remain the same and 18 of the top 20 are all the same wrestlers as last month.

Big time points are available in the next month with three straight big time national events in a row - the NUWAY Nationals this weekend in Battle Creek, the Victory in the Viper Pit next weekend (April 19) in Massilon, OH, and the Ohio Tournament of Champions on April 26 in Columbus, OH.

Alphabetical listing of all Fab 50 scores

Get caught up on results from UWW Junior and Senior Nationals https://t.co/B15wHQHLrY