Freddy Rod's 2010 season one of the best of all-time 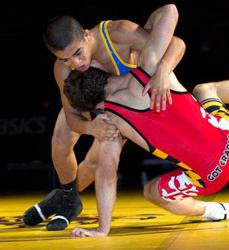 Click here for an explanation of the All-Time Dream Team Project.

If the spring put him on the map, it was the summer that cemented him as one of the best pound for pound wrestlers in the country.  He won the Junior 105lb Greco Title in Fargo and then, after missing weight for freestyle, he steamrolled through the Junior 112lb bracket to double up and win the Freestyle title as well.

His Junior FS tournament in 2010 was one of the best of all time for a Michigan wrestler.  Wrestling up a weight class he beat names like Cory Clark (future Iowa Hawkeye star) and Nahshon Garrett (future Cornell NCAA Champ) to make the finals.

In the Fargo finals one of the most memorable Fargo finals matches against then #1 ranked Evan Silver of Blair Academy (Future Stanford All-American). This was back when they did a 3-separate period format and Rodriguez lost the first period 6-0 (which was a tech-fall then) ending the period quickly.  He then stormed back to win the 2nd period 6-2 and then the cherry on top with a 7-0 tech in the 3rd period.

Rodriguez reassured his dominance in the fall of 2010 winning the first GFC, pinning through the tournament and earning the Most Falls award.  Hands down the best 112lber in Michigan history - F-Rod.

Lucas Hall put together a great career, but his 2014 was arguably his best.  He won the D2 112lb State Title, going 37-0 along the way.  He bookended that season with stellar national performances, winning the GFC in the fall and placing 4th at FloNationals in the spring.  He was ranked top 20 by InterMat at the end of the season.

Mooradian had a remarkable freshman season where not only he broke out, but he may also be credited as a large proponent of the resurgence of DCC's rise back to powerhouse status.  He went undefeated his freshman year, grinding out close wins one after another en route to the D1 title.  He then earned FILA Cadet All-American status the spring following his title to confirm his status as one of the best in the country. 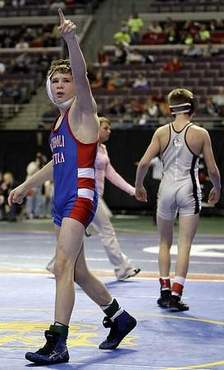