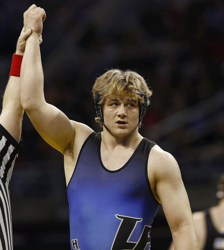 Top Michigan Seniors Off The Board
Over the last month or so many of the top seniors have announced commitments and signings, here are the recent signings that we have yet to report from our top seniors list:

Checking in on Michigan college recruiting

With the early signing period underway, most Division I schools have offered and doled out most of their available scholarships, and our MI programs have all landed some big talent.

Michigan State
After a huge class last year you cannot expect a whole lot in Roger Chandler's 2nd recruiting year, but they did land a couple big name out-of-state guys as well as some Top 20 guys from in-state already.

Central Michigan
Three early commits for the Chips, including a pair of top 15 guys from in-state.  Expect to see some Spring pickups from them.

Eastern Michigan
No in-state action yet from the Eagles, but two solid out-of-state pickups who are both state champs.